Last year we had the opportunity to head down to check out this event and it was a lot of fun.

If you’re in the Toronto-area this weekend, I strongly recommend heading down to Adelaide Street and checking out the Blooms and Brunch event.

FIGO and Tonic Blooms have partnered up to bring you the 2nd annual Blooms x Brunch event on July 15th at FIGO.

Tonic Blooms is setting up a pop-up flower market where guests can either design their own arrangement or select the pre-made FIGO themed bouquet from the “bloom bar”.

In celebration of the event, FIGO has created an exclusive “in bloom” cocktail.

The festive cocktail is garnished with fresh flowers and made up of:

Again, here are the details:

WHO: FIGO and Tonic Blooms

If you can’t make it out don’t worry, Tonic Blooms is offering the FIGO themed bouquet online from July 15th to August 15th to those in the “on demand” area specified on Tonic Blooms website. Additionally, online orders for the FIGO bouquet will receive a complimentary “in bloom” cocktail redeemable at FIGO until September 3rd, 2018.

If anyone goes, please take some photos and send them back to us, or tag us on Instagram @TheUrbanDaddy.

On Wednesday of this week, I was asked by the community – my former community of 8 years, actually – to investigate the disappearances of the patio on the north side of the Starbucks at 1740 Avenue Road (at St.Germain) and right across from the fantastic Safari restaurant (the best Chipotle Corn Chowder in the city and amazing lamb burgers!)

This patio means a lot to the community. There is a Facebook page devoted to making this patio and the locals who frequent it into a reality show. I could totally see that. Students, local residents, real estate agents, all kinds of people flocked to that patio to sit, chat and consume Starbucks products. This patio is one of a kind in that upper-middle class area of Toronto and It was the place to be seen… And heard.

Our urban family, often spent time hanging out there with our real estate agent, Mr. Real Estate himself, Marshall Cohen or with my in-laws where the kids would watch the world go by eating oatmeal, yogurt or mint frappuccino chip (oops, that last one was me).  More common was myself with a grande Americano while the kids covered themselves in yogurt or ate the pre-packaged egg, apple, cheese snack.

Ask anyone who has sat there or walked by and they will tell you about the characters who hang out there.  Some seem to be there ALL the time.  One common memory was of the guy with the full-length fur coat (but not a real fur coat, that’s cruel) smoking his cigars, of the elderly couple who meet there every day to chat with the neighbour and their family before everyone heads out to the office or for a stroll.

I checked online to see if the City of Toronto had posted some patio guidelines or amended the official plan to prohibit patios from the West side of Avenue Road and found only one possible link to a draft City-wide zoning bylaw amendment to the official plan relating to Patio’s, drafted by Toronto City Planning department.

Since it is not clear to me whether or not these proposals were made permanent, or even if there was a public consultation, or if the slightly raised patio was within 10 meters of the residential property to the West of the location so I reached out to my friend, Ward 16 City Councillor Karen Stintz to ask for an update as to why the city asked Starbucks to remove the patio and why one cannot be added back to that spot.  I explained the value of this patio to our community and the fact that Tim Horton’s which had just opened up further north on Avenue Road asked for and was granted a permit for a kick-ass patio, yet this Starbucks location was not.

I was curious to hear what she has to say on this matter.  She is very alert to issues within her ward.

As of Friday morning I had not heard back from Karen or her office, which is fine – she’s busy with some other things too, like the TTC and aggravating the Ford brothers, but I did receive word early this morning that last night the City of Toronto swept in and re-installed the patio!

Could it have been related?  I’d like to think it was an oversight on the City’s side and one phone call from Karen got the ball rolling.

But none of that matters… The patio is back so summer can begin!

Now off to enjoy the sun and try something off the Starbucks hidden menu that I posted about last week!  Wonder if someone from the community will buy.  😉 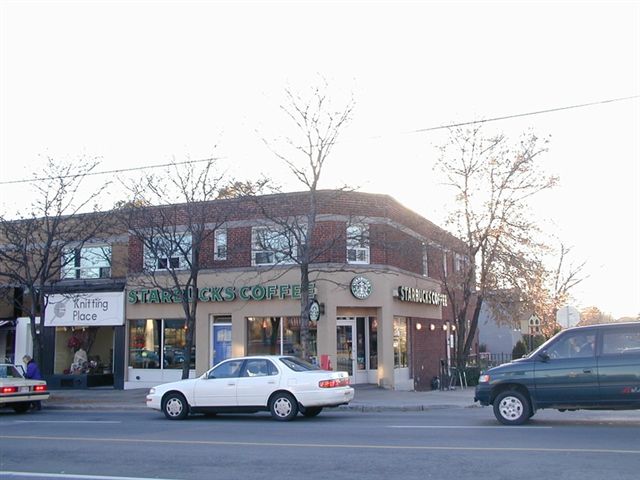 Above is the St. Germain location and the patio was on the right.  Below is the Roe location – on the other side of the street which also lost it’s patio. 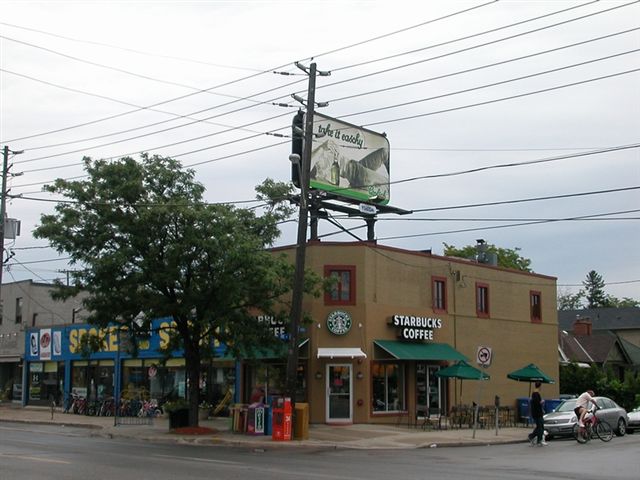 Find me on Google!

The Urban Daddy is Ranked on Top Blogs.ca. Please click through!!

Member of Circle of Moms

Be Careful Who You Use for Tax Preparation: Ontario tax preparer sentenced to 4-years in jail

George Nkoke Nnane of Richmond Hill, Ontario, was sentenced in the Superior Court of Justice in Toronto to 4-years in jail for filing fraudulent tax returns, the CRA has reported. A CRA investigation found that Nnane, the chief executive officer of Golden Capital Management Inc., a tax preparation business, prepared individual tax returns for the […]

Bouclair Inc, its CEO and former VP charged by the CRA for Tax Evasion

The Canada Revenue Agency (CRA) is reporting that home-decor chain Bouclair Inc. its CEO, and former VP are scheduled to go to trial on tax-evasion charges in January 2021. The CEO, Peter Goldberg, a Westmount, Quebec resident faces eight charges alleging he violated the Income Tax Act between 2009 and 2011. Bouclair Inc. is charged […]

Introducing Personal Banker – Finding Tax Credits for you, and more

The Canada Revenue Agency (CRA) has reported that a Vaughan, Ontario based, general contractor has been fined for evading GST/HST. The press release by the CRA announces that Gilles Larocque of Nobleton, Ontario pleaded guilty to tax evasion. He was sentenced in the Ontario Court of Justice in Newmarket and fined a total of $301,125. Larocque pleaded guilty on January 7, 2020, in the Ontario Court […]

Recently saw a news headline relating to the Canada Revenue Agency (CRA) and collecting taxes, that caught my eye. The headline screamed something to the effect of; “Contractors buying from Home Depot beware — the CRA is coming after you.” I immediately began to shake my head and wonder if what the purpose of this […]